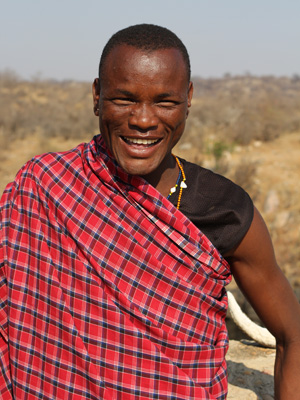 Darem is an RCP/Lion Defender working in “Zone A Kitisi” since 2012. He is a Barbaig warrior and formally a lion hunt leader. He participated in many hunts before he changed his attitude and joined the team to stop lion hunts in order to prevent and reduce the human carnivore conflict. Darem is 24 years old and he never attended school as he was raised in the Barbaig traditional way of living, hence his chance to receive an education was difficult. He has 12 brothers and 8 sisters from his mother’s womb and his father has two wives.

“When I heard about RCP and the Lion Defenders program I was so afraid and upset as I thought that if they are coming to stop the lion killings which would mean the number of lions would double, and thus I feared that they were going to attack and finish our livestock. I initially laughed at them because from what I knew, my community is not of that kind that they will easily change and abandon their traditions and customs. But through Stephano (RCP community liaison officer) I and my fellow warriors learned a lot about conservation and how to deal with challenges caused by lions even without killing them.”

According to Darem he participated and led many hunts before being an LD. He killed one lion, 17 elephants and 9 buffaloes before he made a choice to become an LD.