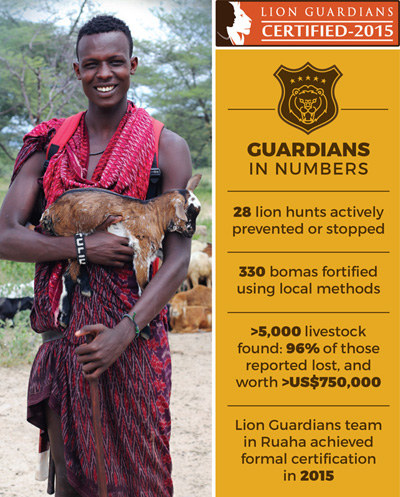 Large carnivores are some of the world’s most iconic and ecologically important species, but have undergone dramatic declines in range and numbers. Lion numbers have halved in the last 20 years now fewer than 25,000 remain – this means there are as few lions left as rhinos. Latest estimates suggest that only 60 lion populations remain across Africa, and nearly half of those have fewer than 50 animals. Only six large populations (>1000 lions) remain, and Tanzania is the most important country for lions, supporting over 40% of the world’s lions and over a quarter of their range. The Ruaha landscape supports the second largest lion population in the world, after the Selous Game Reserve, also in southern Tanzania.